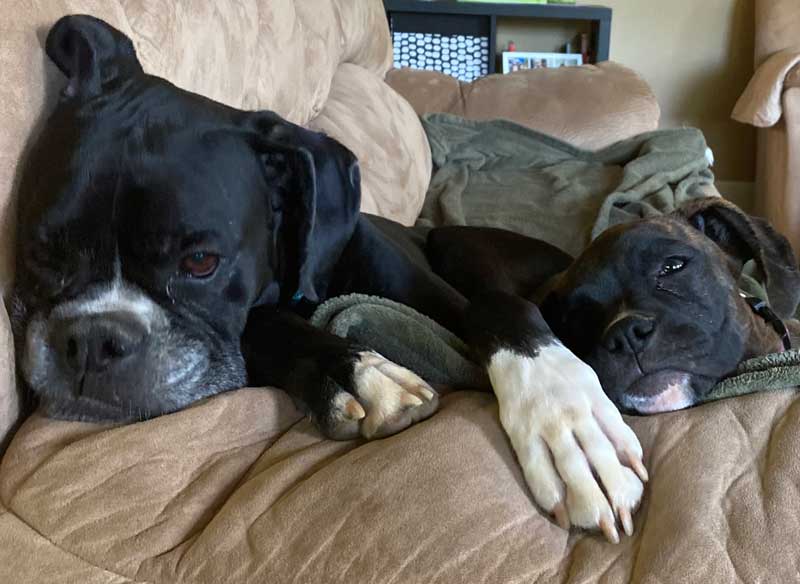 Dempsey and Ava are a bonded pair.

We took in Dempsey when his owner passed away. He is a very sweet boy and was, and still is, living with a 4 month old female boxer puppy and they have really bonded. They like to play and nap together, she will climb on top of him to nap. He hasn’t really got the game of fetch down as he likes to keep the ball. But he enjoys running with the other dogs as they play fetch with the ball in his mouth. In the short time we have had him he has become affectionate with us coming up and laying his head in our laps to get some loving. He has become a couch hog too! He did grow up with triplet babies until they were 2 yrs old and was great with them. We also have cats and he seems to be fine with them. 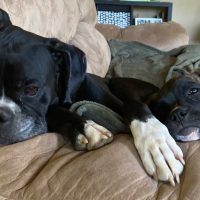 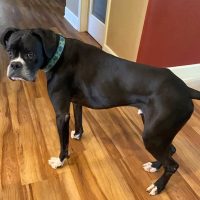 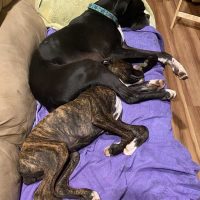 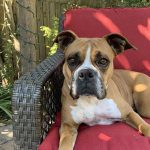 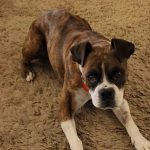 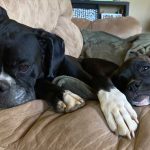 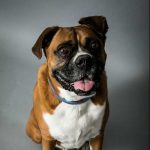 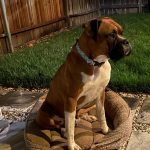 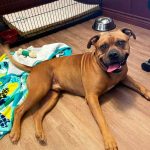 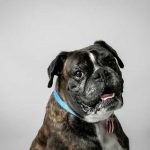 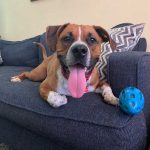 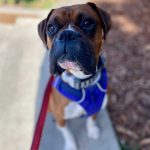 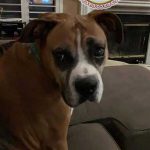 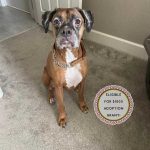 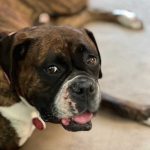 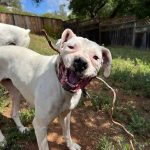 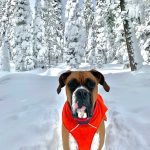 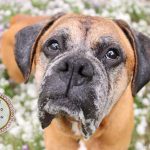 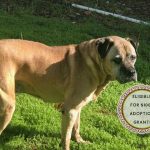 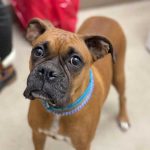 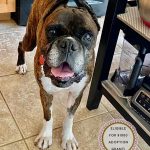 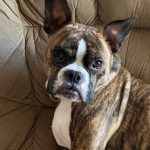 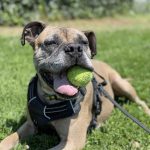 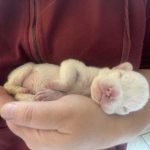 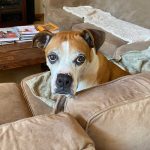 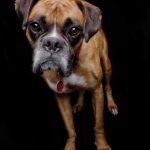 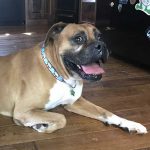 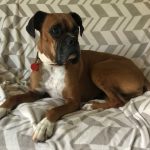 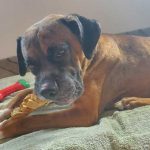