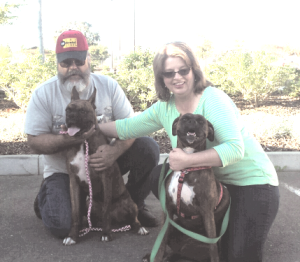 Rocket found his fur-ever home with Natelie and Donald H.

Just a note to give NCBR an update on Rocket.  Currently Rocket and Lexi are laying in the sunshine taking a nap.  This stillness is a rare moment.  Usually Rocket is running and playing along with Lexi.  He loves to watch the horses next door and their free-range chickens keep him amused.  Since Rocket is so active his muscle mass has developed and increased.  He is currently 57 lbs and I expect him to gain more weight as the weather warms into spring.

We had an adjustment period for several days where things were difficult but we have found this to be normal and we have worked through it.  All is good now.  Rocket and Lexi are never apart and get along so well Terry and I feel they were meant to be together.

Rocket has learned commands to sit, stay, down and we are working on come.  Each day he gets better at the come command but he will get there.  He walks beautifully on a leash.

We feel blessed that he is here for Lexi, Terry and I.

Just an update on Rocket and a recent picture.

We can’t believe it has been 6 months since we have been blessed to be Rocket’s fur parents but he has become a goofy and sweet boy. It has taken some time to get him out of his shell but he has arrived with style. Mornings standing on his head and butt in the air waiting for me to rub his chest and tummy. He steals a shoe immediately once I take off my shoes or my husband’s boot inserts upon removal from the boots so we will chase after him. He is seeking affection and praise then responds accordingly. He is not much of a wiggle butt but I suspect it will appear too. Lexi and Rocket are a pair. If you see one the other is not far away.

This past weekend marked Rocket’s first birthday with us. His first year was full of growth in many ways. He is several inches taller and longer plus weighs 64 lbs. He grew into those paws. Rocket loves to run and he has 5 fenced acres to run all day. Rocket has become confident and secure in his home plus he is a very, very goofy boy. The goofy stuff starts at 4:30 AM with chasing his nub and prancing around after everyone. Rocket is definitely a happy puppy. It has taken a year to see his nub shake on a regular basis and he has started the wiggle butt too. Lexi and Rocket are always together. The interaction between them is amazing and not always a smooth one which have been resolved. Rocket bonded with Lexi right away but his favorite toy is my husband. If Rocket isn’t entertained with Lexi, he jumps in the middle of what my husband is doing. They have a daily routine when my husband attempts to put his work boots on to go to work. Rocket pulls on the boot tongue and/or boot laces in the opposite direction to prevent my husband from pulling on his boots. It is quite entertaining. Rocket is a wonderful, smart and delightful boy. He has come a long way since he arrived and he is truly a member of our family. We are blessed. 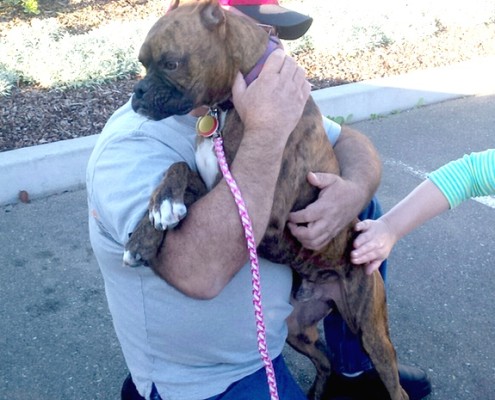 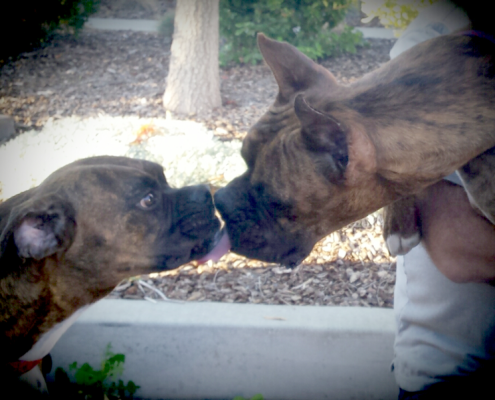 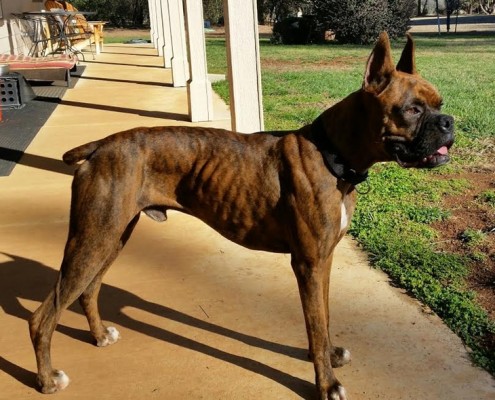 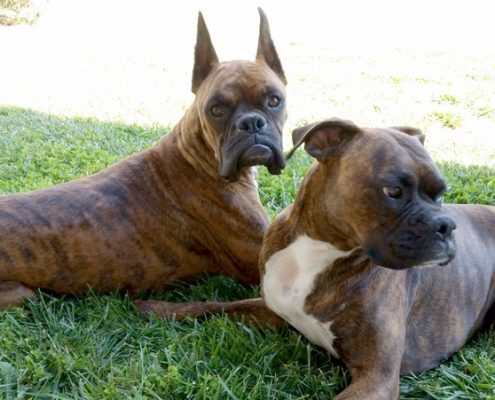 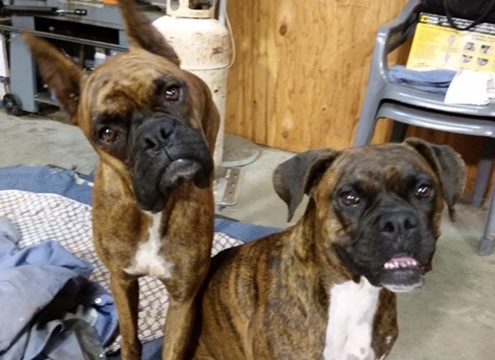 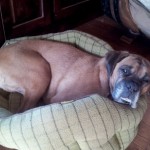 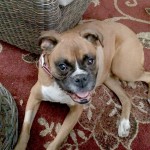