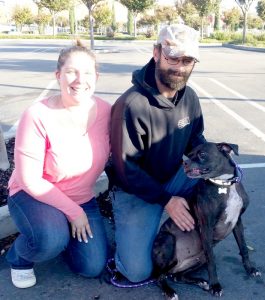 “Happy Thanksgiving! We are so thankful to have Miss Daisey in our lives and thankful for you guys helping her heal and get better and bringing her into our lives. She is such a goofy girl. Everytime we come home she greets us with a toy in mouth, cracks me up! We went about a week without her sleeping in the bed with us and then one night she jumped on the bed, looked at us and then jumped down. We figured that was her letting us know she wanted to sleep in the bed. She loves to burrow under the covers so we bought her a bed for burrowing. She talks to us when she really wants something and has the funniest howl/bark. She does what I call her caterpillar crawl across the couch when she wants to cuddle but she has her independent moments too. Everytime she gets a new cookie she tests it out, gives it a couple licks and if she really likes it she’ll throw it around or bat it around the floor before deciding she wants to eat it. I try not to give her too many cookies but she makes us laugh everytime she does it! She’s a very good girl while we are at work and we have had no problems whatsoever. She could out walk either of us any day and we are hoping to take her on a hike here soon! I think she’ll love it. Nathan is definitely her person, she LOVES him. She thinks I am pretty cool too but when he’s around, she’s definitely loves on him. We are getting ready to start obedience training in the next couple weeks. I know she’ll do great because she is a very well behaved girl. We have an aquatic frog that she likes to take a peek at every once in a while too. She’ll pop up on the counter (even though she knows better! haha) and she’ll just sit there and watch the frog go back and forth in the tank.

“Her transition has been little bumpy, she did get an eye infection and then an ear infection about a week later and as you guys said she was not having that vet look into that ear so we did have to end up putting her under and doing an ear pack. She did very well with it though and we are going to try slowly working with her on letting us look into her ears. She let’s us touch them and take a little peek but then she tells us she’s done with that. Despite all of that she does pretty well in the vet office considering she had 3 visits in her first 10 days with us. Just the other day we were playing and she did split open her tail a little but it was very small and she tolerated a wrap on it long enough to get it to stop bleeding. We were trying to figure out how we were going to find a pool noodle in November!

“I could go on and on about her, she’s such a joy and so silly. We love her to pieces and are thankful she’s with us. We just wanted to share some pictures with you guys, say thank you for taking care of her and wish you guys a Happy Thanksgiving!” 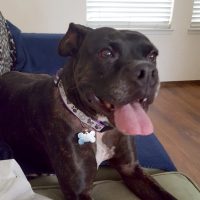 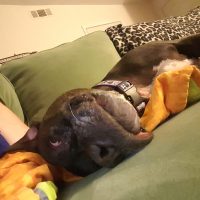 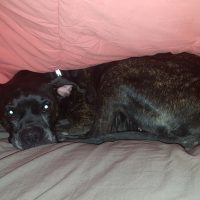 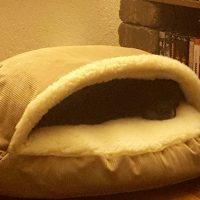 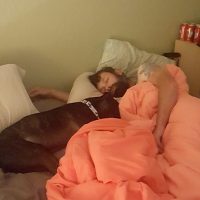 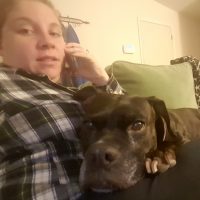 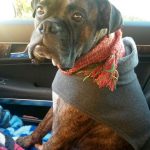 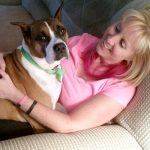