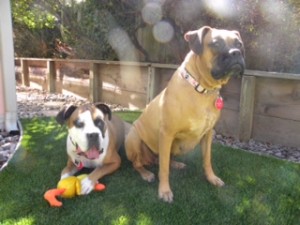 Frankie and Peggy are doing well in their new home. They settled in pretty well – and have stopped giving me the stink eye about not sleeping on the bed at night. Frankie has really opened up and enjoys playing. He favorite activity is to “gut” his squeaky toys and then shake the shell really hard – maybe to get the rest of the stuffing out. He also loves to chase and return with the shell when I throw it for him. Neither he nor Peggy seem interested in chasing balls, yet – working on it (figure balls will be cheaper then squeaky toys). I keep Peggy close and give her lots of loving – which she cannot seem to get enough of. When in the house they have taken over the couch – no surprise, actually more surprised they will share it with me. And both can SNORE – like they are trying to bring down the house. But both do really well on leash – they don’t trip with other dogs nor do they trip on dogs barking in other yards. They understand a lot of commands – still cannot figure out why anyone would dump them. So that’s their story for the past couple of weeks. 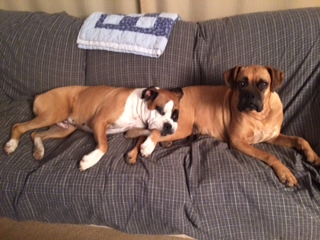 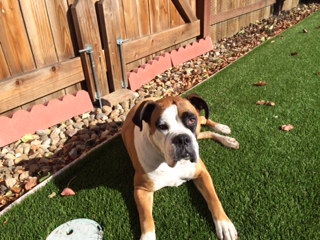 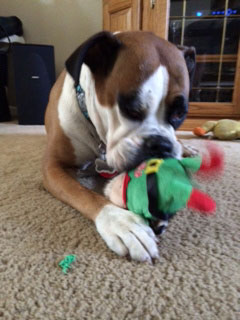 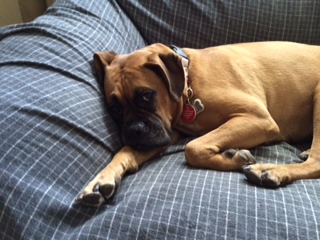