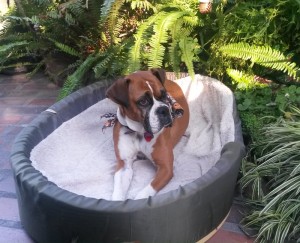 Thank you so much for the opportunity to be Gracelynn’s forever family. As it turned out, our forever with her  lasted only seven months, but was long enough for us to show her love, teach her trust, and let her know what belonging to a forever family felt like. And long enough for her to show us that she understood and appreciated her new life, and to become the loving, trusting, devoted soul that they all are if given the chance. We were given the opportunity to give her that chance, and were rewarded beyond what we deserved by her love and devotion in return.

Here are pictures of her the day we brought her home, Oct. 25, and on May 7, the day she was diagnosed with lung cancer. She had just had a leisurely but enthusiastic romp in the park after her appointment, which was for her just another fun filled day… enjoying life, as she did every day until the day we had to send her back whence all angels come, May 27, 2015. It’s easy to see by her stance, the way she holds her ears, but mostly by the look in her eyes – from weary, wary, and more than a little menacing, to trusting, loving and grateful – what a difference a little  love can make. Although our forever with her was short, it was a mission accomplished – for NCBR, for Gracelynn, and for us. And there are so many other beautiful boxers (and doggies of all breeds) awaiting and deserving rescue. Another mission awaits, should we decide to accept, which I’m sure we will.

Let me just share one story. The one and only time we had all three dogs (Gracelynn and her step brothers Ricky Ricardo Angel Jesus and Charlie Bear Chaplin Hodge Lord) at the dog park with a bunch of other dogs, little Ricky started getting bullied by a much bigger dog. Rick’s not shy or a sissy – he’s got that Chihuahua attitude and doesn’t back down from anything. He was standing his ground, but was considerably overmatched. His big brother Charlie took notice and came rushing from across the park to the rescue, with his tough, in charge terrier ‘tude, getting between Ricky and his tormentor, only to realize that he, too, was in over his head. About the time it looked like things might turn ugly, and fangs were being flashed, big sister Gracelynn appeared out of nowhere, planting herself squarely between her little brothers and the bully, assuming that awesome boxer stance, with that “don’t even think about it” look on her face and in her eyes. Her brothers, suddenly bold and brave again, stood directly beneath her, staring down their adversary, with that same look, as best they could muster. That was all it took – no more growls, no more snarls, no more argument –  point made, confrontation over – the other dog wisely turned and went on his way. I love them all – but I have to admit, Boxers are way the best! 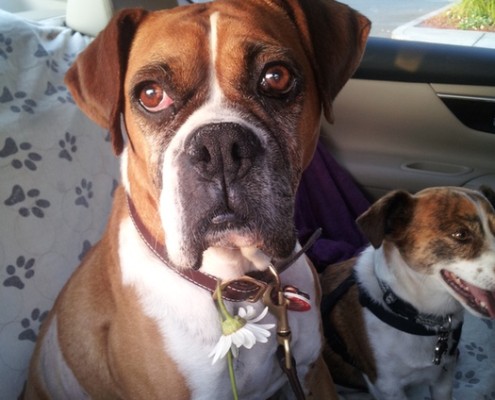 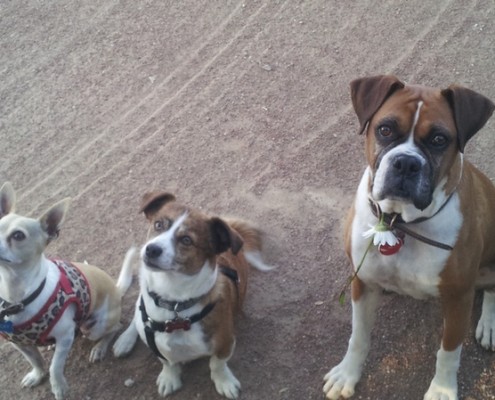 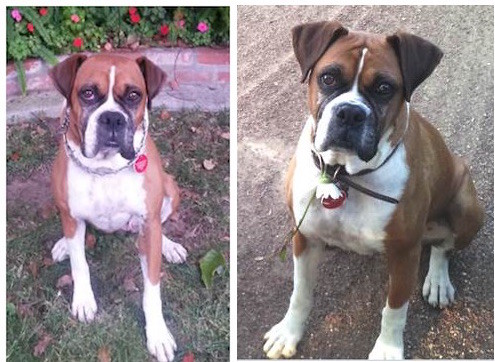 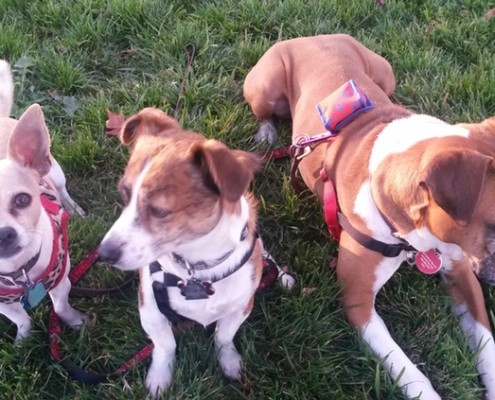 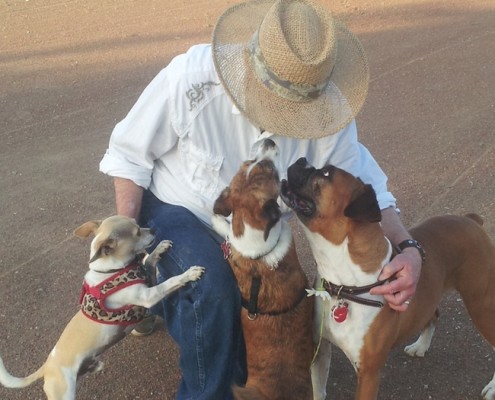 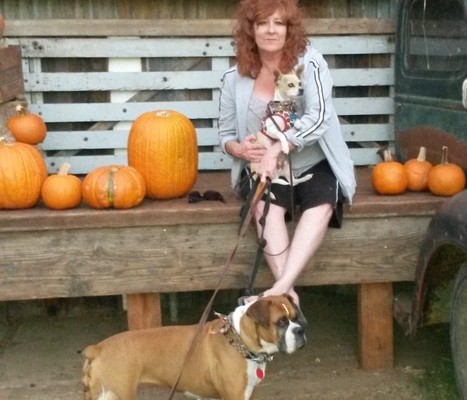 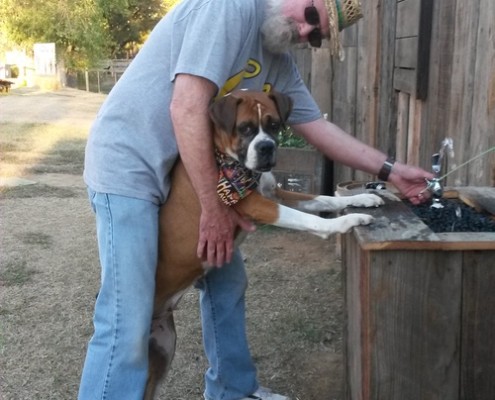 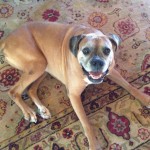