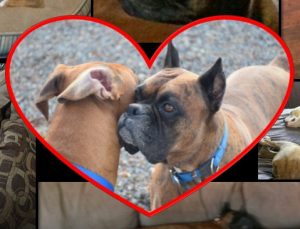 “Sad day for the Smith house. Rusty (aka NCBR Cisco – adopted in Sept. 2015) passed away Friday morning suddenly with no warning. It was an ordinary day for him let out to run round the pasture with his fur-siblings Blaze and Bella, showing no signs of anything wrong and then within 15 minutes of kicking up their heals, I watched him struggling on the ground and by the time I got to him, he’d stopped breathing. There was nothing we could do. I tried CPR, but nothing helped. Rushed all three of the dogs to our Vet just to make sure Bella and Blaze were ok – ruling out poisoning. We believe it was a heart attack since he had no previous symptoms. Rusty wasn’t the perfect dog, he was still breaking out of his shell, but he was perfect for our family as he came to us only a year and half ago as our foster failure, but loved him as much as if he’d been with us forever. His favorite activities were playing with one of his many balls, especially the glow in the dark kinds or those that squeaked, and if they did both he was in heaven excitingly wagging his entire cut little Boxer butt. Note – I still have yet to find his hiding place since the balls seem to disappear a short time after he was given them only to reappear some time later. He also loved running around chasing squirrels in what he thought was ‘his’ pasture, and if there was an open car door, he would be the first one to climb on in and wait to go somewhere, anywhere – he didn’t care where and sometimes I couldn’t get him out until I took him for a ride even if just around the block. He was the best watch dog, but turned out to be one of the best cuddle bugs I’d have either with his humans or his fur-siblings. Rusty will be missed by all of us. RIP sweetheart.” 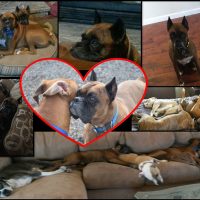 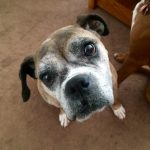 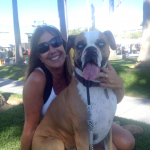