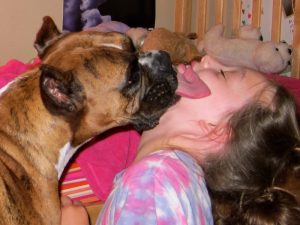 “When we first adopted Cooper seven years ago he had a serious injury and we thought he was a bit of an old man. He walked on three legs and lounged about all day. One surgery and a few months of physical therapy later, we had a ‘puppy’ on our hands.

“Cooper was a loyal and loving companion. He loved playing in the sprinklers, running in the waves at the beach, licking our faces and curling up beside (on!) us. Cooper also enjoyed the company of several foster friends before striking the perfect match with his beloved boxer brother, Tucker. They were inseparable.

“Cooper died suddenly shortly after being diagnosed with dilated cardiomyopathy. We are so thankful for having Cooper in our lives and so lucky we were chosen to be his forever family. We miss him so much!” 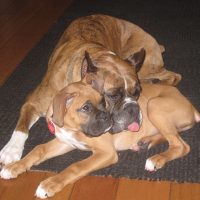 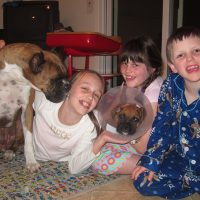 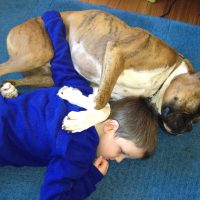 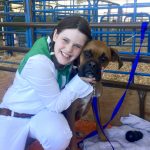 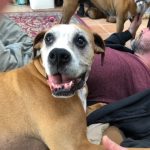