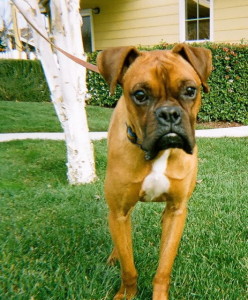 To all of those who brought Bo to safety and cared about him…….he has been set free.
Today at about 5PM a kind and quiet vet greeted Bo, gave him a cookie and reviewed his file (having been seen in April in OR). He gave him a sedative by injection….within a minute or so Bo softly fell into my waiting lap. Soon after my baby boy was given what was needed to release him from this life…….the life that wasn’t fair.

Recently he has been failing – a little more every day. He had gotten to the point where just eating, getting a drink of water, going potty left him gasping for air. He would quickly return to his bed (his charging station) and would recover. A wise and kind NorCal Boxer Rescue Director helped us see, ever so gently and kindly, that his time had come. We were too close, seeing the small increments of “lack” and just feeling.”oh that’s just Bo – he’ll huff and puff and then be OK”.

Today was a good day to leave us….he did little after eating breakfast and pottying. I made him a breakfast omelette with beef heart bits. Then he shared a piece of toast with me later in the morning. For lunch he got most of my leftover chicken. Before leaving for the vet he had a small bowl of ice cream. He LOVED ice cream and he put on his Superman cape. 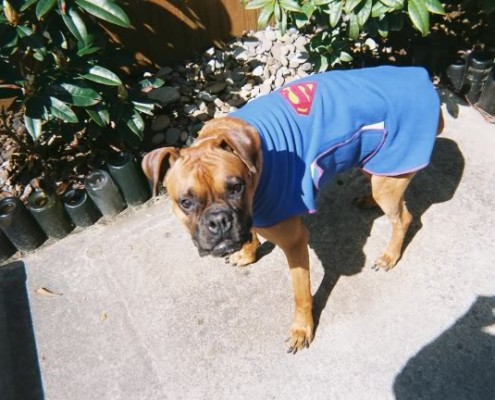