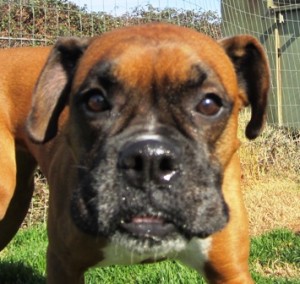 Dakota arrived to NCBR mid-February and was quickly adored by her foster home. What a cute little girl! She settled well and quickly became acquainted with the best of creature comforts. She was spoiled in the best way possible during this time! She went on picnics, visited her new friends, loved her food & treats, and was well on her way to being adopted by any one of the many people who met her, who just couldn’t believe what a great dog she was.

At different times, Dakota seemed to tire easily and in general, didn’t seem as active as a young dog would normally be. During the week of March 12, she coughed a few times, and her tummy was a little upset but she didn’t have a temperature, and pretty quickly soon she’d act as if nothing was wrong. Her foster home made sure she was comfortable at all times and she would sleep next to her people at nighttime.

On March 18, Dakota was coming back from a family outing, and was traveling in the back seat of the car. She made a noise and showed signs of being very ill. She was rushed to an emergency vet, and some diagnostic tests were run. Dakota’s blood pressure was extremely low, and she was found to have fluid around the heart (pericardial effusion), which needed to be drained immediately. This was done along with an ultrasound, which lead to the diagnosis that Dakota had a tumor around her heart. Dakota was made comfortable at the vet but was extremely ill. Due to the severity of the condition, the lack of viable treatment and as recommended by the vet, we made the decision to send Dakota over the rainbow bridge. We will never forget meeting this beautiful dog and her little white toes. We are grateful that her foster home was with her to the end, and took such great care of Dakota. 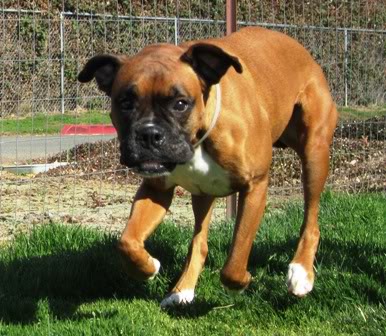 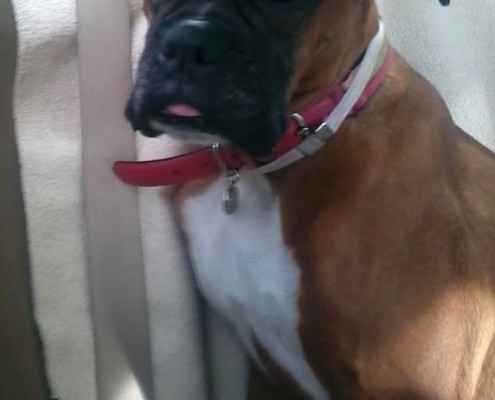