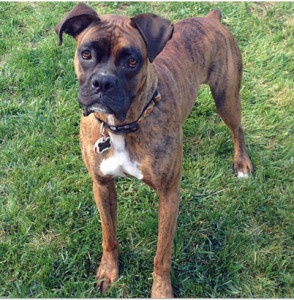 Kato is doing very well. He has learned his new name and comes when called. Here are a few shots of him. The first one is in the backyard waiting for me to throw the ball. The second is how I found the two boys one evening after putting the kids to bed…I had to work to get my butt on the couch. 🙂 I am usually up later than the kids and Carrie so the three of us are usually on the couch together while I watch hockey or a movie. The third picture is Kato being welcomed at Los Gatos Dog & Cat Hospital for his well-care appointment.

Kato and Brix are becoming the best of pals. They walk very well together so it is easy for one person to walk them. Kato gets 2 walks a day taking Alex to school and back. They play together in the backyard until Brix has enough and let’s Kato know politely but firmly that play time is over. Brix is still mine and Carrie’s dog but Kato spends most of the time with the kids. Alex especially plays in the backyard and Kato follows him around. He is extremely gentle when reminded to be gentle. Kato is eating well and has no stomach or allergy issues that we can see.

The Vet gave Kato a clean bill of health and I now have both dogs sync’ed up on Heartworm medication. Kato is a good boy and is integrating much quicker than Brix did into our household and routine. 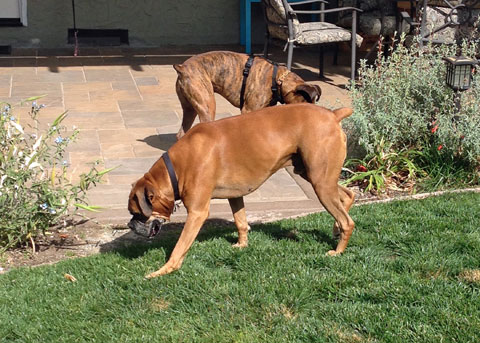 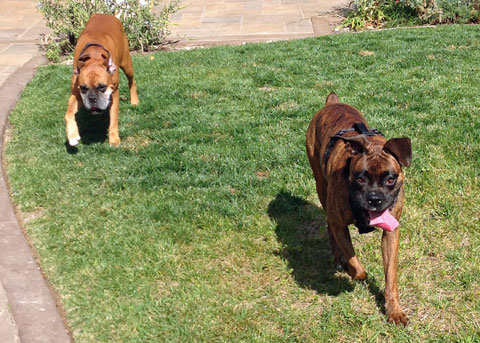 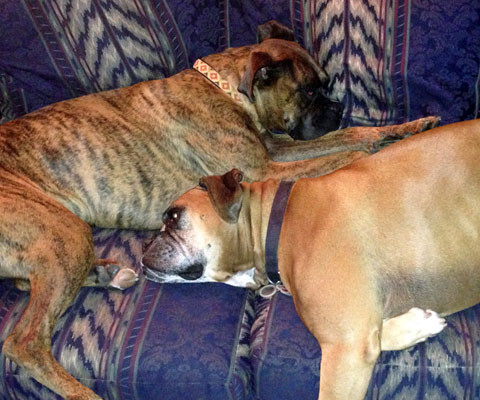 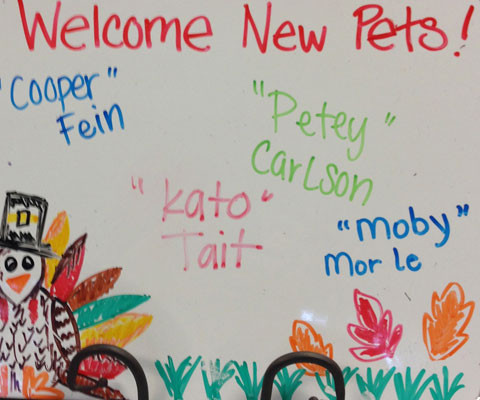