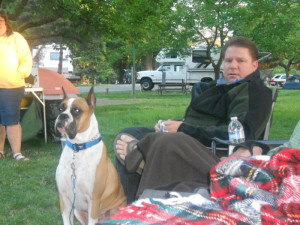 It is with great sadness that I write to you. Monday 1/30/12, I was home with Duke hanging out with him. He was trying to settle down in his favorite bed when I noticed he was not able to move well. He had lost all feeling and control of his hind end and then became rigid in his front legs. This happened in a matter of 3 minutes. I called the vet and brought him in immediately.

Within 40 minutes the Vet had seen Duke, but in the end Duke would not recover from the grave condition he was in. We then helped Duke pass over.

There was nothing out of the ordinary that preceded this event. I was home most of the day on phone calls and doing chores. Duke was with me hanging out, following me around as he usually does when I have days off. He was happy and behaving normally. Just minutes prior to losing control of his rear end, he had sought his noon time snack and eat his two biscuits happily.

We are sadden because he was a very good dog when we had two boxers…but he became the best boxer I have ever had once he got used to being the only dog here. He loved the kids and really loved all the visitors we have come by. He made many friends with my close friends. He was loved by many of my friends who were visibly saddened at his passing. One of our close friend’s daughter’s first word was “Duke”.

For now, our home is empty. This is the first time we have not had a boxer in our home in 18 years.

I will always remember how loving and just plain funny he was. He made many of us laugh often. His playful nature and joy in his love of being touched made him a great pleasure to be around. 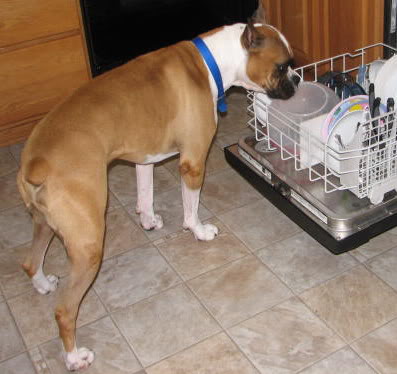