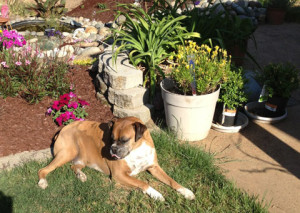 It is with a heavy, sad heart that I let you know that we lost Paxton 5/4/13, he passed during the night. He was on the medication for the Cardio Myopothy for over a year and I think the vet was in shock at one month! He had been slowing down the last couple of weeks and had 3 episodes early last week. The vet had told us not to take him on walks or let him get excited but his daily walk was what he looked forward to so I continued to take him so I didnt have to get the guilt trip. I did try to keep the excitment to a limit but he was so cute with his howling and talking to me and his boxer dance. When we got him from you I know you were concerned about our cats but as you can see from some of the photos he learned to live with all 5 of the cats that came to live here over the last 2 years. The cats are looking every where for him : ( I just wanted to let you know that we so loved and charished him for the time we had him. 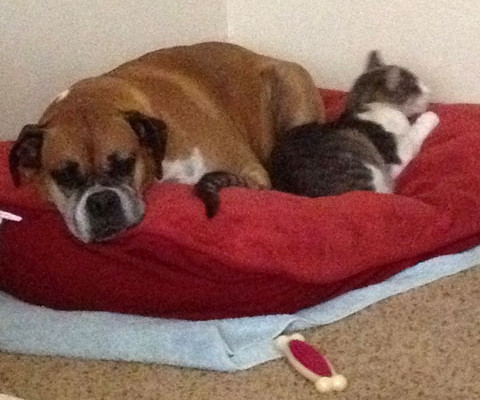 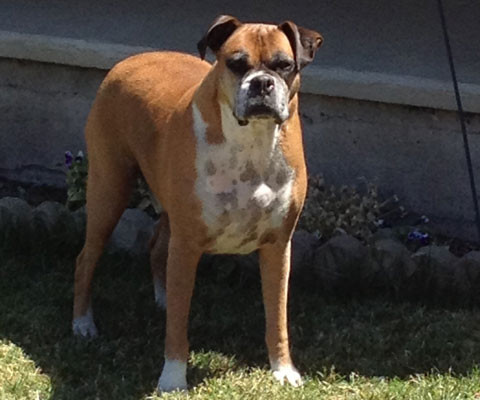 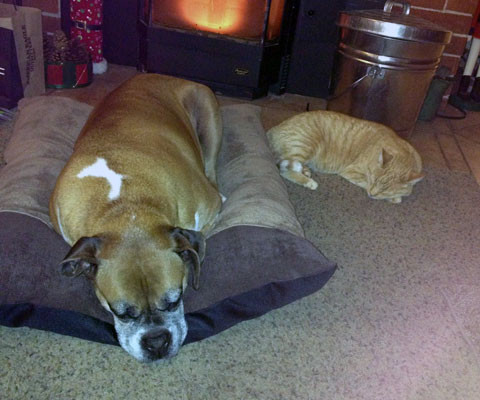 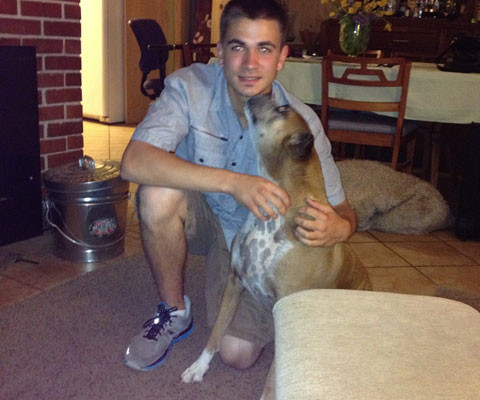