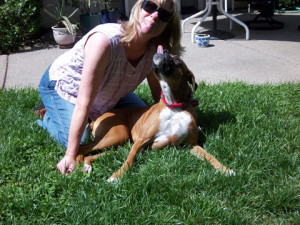 The first time I saw Roxy was to pick her up for temporary foster of perhaps 2 weeks. I thought I would never be able to adopt her out due to her scowling face caused by lots of cowlicks. Three weeks later, we had another boxer of our own: Roxy. She amazed me by walking on a loose leash from day one and never pulled on a walk. We nicknamed her Rocket. She recently started having trouble not picking up the left back foot sometimes which caused the nail to wear. Pretty soon she was walking off balance somewhat sideways and that left leg seemed weak. After x-rays came the MRI and bad, bad news. Our baby only 5 years old had brain cancer pushing on the brain stem. Three weeks later her quality of life had deteriorated too much and we made the decision for her to have the last visit at the vet’s office. Twenty-four hours later I stood outside at 4:00 am hoping to see the meteor shower. Only one bright streak across the sky hurtling like a rocket was seen. Roxy’s spirit was still soaring. 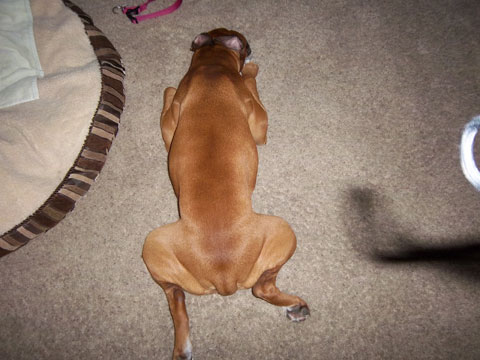 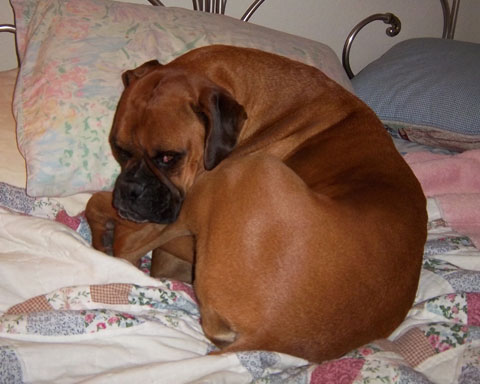 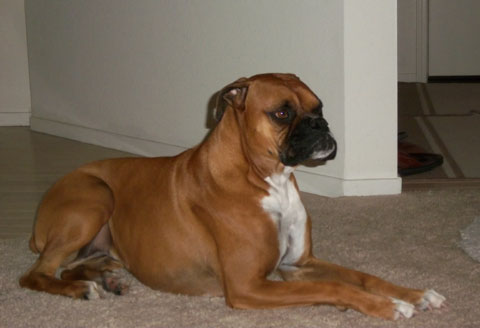