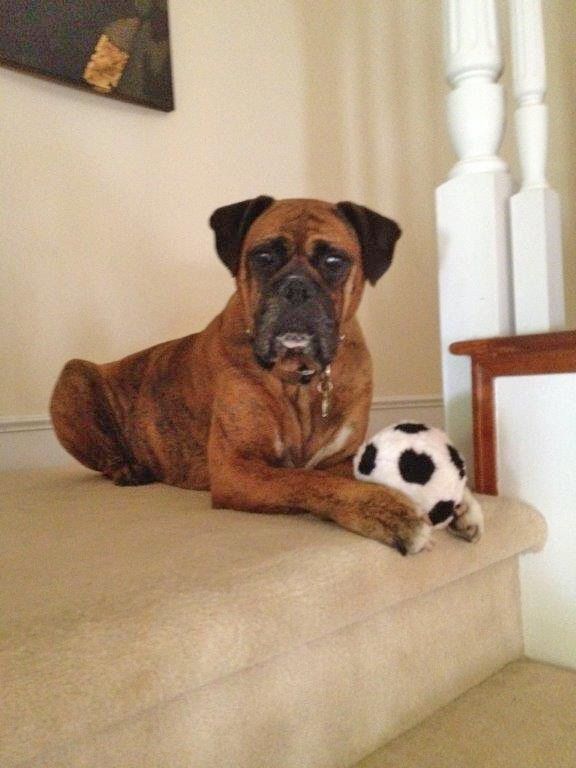 I have been trying for some time to write out all the things about Oscar. So much to say. Oscar came to me as a foster in June 2007 and passed away August 2019

It was obvious he had never been in a home before – no idea of the TV, toilet flushing, running water, stairs and so many other things.

Oscar was an escape artist initially … he got out once while being fostered and ended up in what I referred to as doggie jail aka the shelter. Someone found him and took him to the Yolo Shelter night box. Poor guy. I panicked when we found he had somehow escaped. We had left word at the shelter, posted flyers and when we got the call from NCBR the next morning “are you missing a dog” ? yes, went there to bail him out.

Oscar was connected to me from the beginning so much that he marked me twice in public. First time when we were building a pool and the rock guy was there. Oscar calmly walked over to me and lifted his leg – she’s mine. The second time was at a park – people were there and again he marked me.

Oscar was a life saver and hero. He donated blood thru the UC Davis Veterinary School to help other dogs when they had surgery + research.

Thru the years, especially early on, he was such a gentle soul. As a young dog he would chew everything, including PVC sprinklers, the corner of our stairs (twice) even after being repaired, my husband’s motorcycle seat (twice), getting him a new one. He was a big boy with an even bigger heart. He thought he was a lap dog at 75 lbs. and he loved to pop balloons. He also worried when you were in the pool – barking frantically of potential danger.

He was the dog you could introduce to any dog – he loved small dogs especially. Over the years I fostered many dogs and Oscar was always the go to when introducing. He was gentle and kind, even when they weren’t.

He also had a checkered past and unfortunately for us he and one of our other boxers (Honey) accidentally killed our cat. I left them for a short time and the cat loved them, but I think a game of chase ensued and she ended up being pounced on. I don’t think they were trying to hurt her. It was a sad day for everyone. Honey + Oscar spent “quality” time in the garage while I was trying to forgive them, but more importantly forgive myself. We did and moved forward.

As things changed and we moved he and Bacchus were my remaining “boys” from the original five. They moved with me into a one-bedroom apartment on the second floor and were absolutely the best you could ask for. Thru all of the changes they were my best friends and companion.

When we moved back to Davis they were such great dogs – they were protective and fun, happy and loved one another. Oscar was patient and kind even when Bacchus would sit on him or use him as a pillow.

Every night Oscar would come into my bedroom and hang out with me until the TV was off and some time passed to ensure I was asleep. Each morning he would bring a different toy to say ‘good morning’ to start my day. Bacchus passed before Oscar (he was the younger of the two). I realized he had never been an only dog and sought out a boxer who would be company, but also non-threatening to a senior. I got Noel and he welcomed her and even enjoyed going into her crate to share space with her.

When Oscar became ill I knew it was time but so hard to let him go. I think he may have been a year old when he came into rescue and we were together for 12+ years, the longest of any of my boxers – he lived to 13+ years old I hope I did well by you Oscar. You were such a gentle soul. I miss you terribly. I hope you Bacchus, Marley, Geneva, Honey and Tigger (the cat) are together again. Wait for me at the bridge. XO Janet + Noel 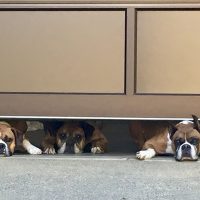 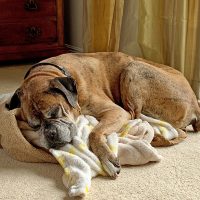 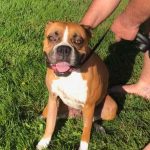 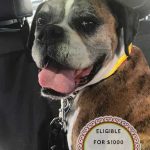 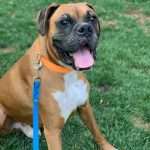 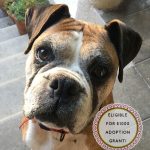 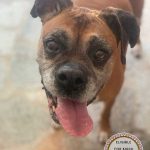 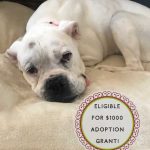 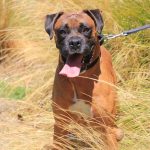 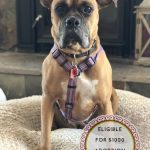 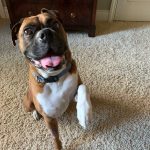 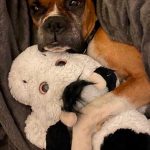 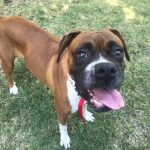 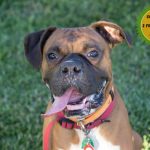 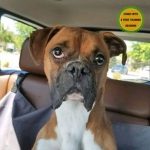 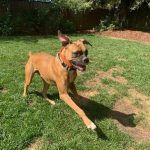 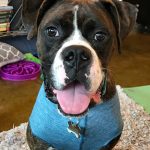 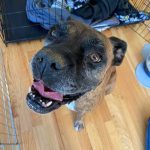 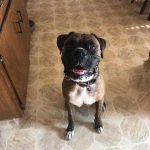 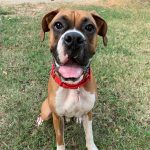 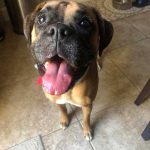 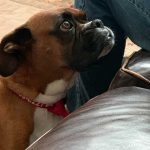 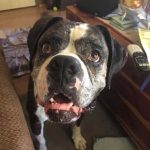 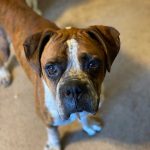 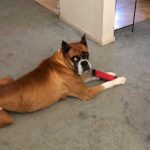 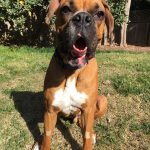